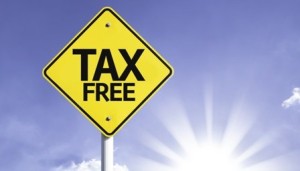 In our 4th installment on Indexed Universal Live (IUL) we will answer the million dollar question, “Will I actually achieve the growth they illustrate?”.  This question is rarely asked, all the while thousands of policies are commonly sold under a false pretense.  In fact, their claims sound down right earth shattering.  “Tax free life income stream, with all the benefits from the stock market without any risk”, who wouldn’t want to be part of that.  It sounds like they discovered the magical key unlocking the riches we all desire.  When in reality, they are using that desire to play us like Eric Clapton plays the guitar.

To answer this question, my natural inclination would be ask the insurance company for a prospectus on the IUL policy.  The same way I would ask for a prospectus when deciding on a mutual fund.  Any investment house would provide me with a prospectus showing me how the money in a fund is being invested, what growth the fund has been achieving, and any fees being charged.  Why wouldn’t I want the same information from the insurance company.  I want to see how the insurance company has been investing the money, what rates have they been crediting, and what fees are associated with it.  This way I can evaluate what growth I can hope to achieve.  Without knowing what they have been crediting in the past and what fees have been charged how do I know if I am going to get the growth they are quoting me?

The agent nor the company will provide you with a prospectus of that nature.  Instead he will provide you with an illustration of what will happen to your money if the rate he is quoting
continues.  In the past, illustrations for buying insurance were sufficient, we didn’t need prospectus because all facets of the policies were guaranteed.  None of which is true of an IUL policy, which we discussed in a previous post.  If the entire policy is guaranteed then it is easy to illustrate and predict what you will have in the future.

But in the case of the IUL’s the indexing rate is not guaranteed.  In current illustrations you will see guaranteed rate as low as .25% and index rate of 7.56%.  The insurance company gets to decide each year what rate the policies will receive.  Think about that for a second… the company gets to decide.  In a mutual fund the company doesn’t decide… either the stocks perform or they don’t.  They do not arbitrarily decide what growth to give you.  Agents pedaling these policies will tell you the crediting rate will match the S&P 500.  Okay then, imagine I am from Missouri… show me!  Do not fall for the typical agent response stating the rate being illustrated is the average rate.  Most likely it is the average of the S&P, not the actual rate that the insurance company has been crediting policies.

Insurance companies and agents have been notorious for quoting rates that are unachievable.  In fact it has been so blatant over the few years that the NAIC has had to enforce a cap on what can be illustrated in order to protect the potential policy holder.  After some investigation the NAIC determined the policies were not performing at the rate that was being illustrated and in September of last year they enforced a new cap.